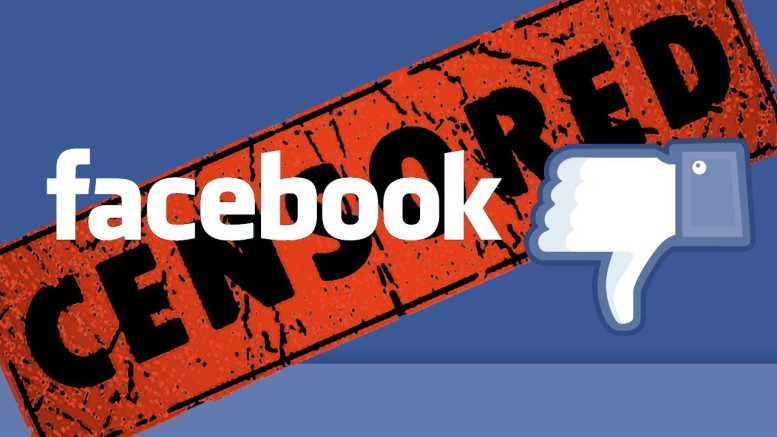 After 2 days being censored by facebook (not allowing me to share links of any sort anywhere), as a punishment for not authorizing them to "install our anti-virus and check the files on your computer"!, which I am sure it is a spying tool (past examples of other uses prove it), I decided to write them an email, yesterday. Today they stop censoring me! Huhu, great! But, until when?

Here is the email I sent them:

"You Facebook are forcing me to accept your anti-virus virus or, if you want, you are blackmailing me to be (even more) spied!
But no, stop being childish. I will not allow you to hack my data and computer with your anti-virus.
No, my computer does not have a virus.
No, there's no logic relation between having (or not) a virus in the computer and be censored by facebook!
You want to lie, learn how to do it convincingly first!"

You know what, all started when Facebook introduced a new menu in my account where I had two choices: install an unknown software and allow them to scan the files in my computer? What, what, what? Or, tell them that what they were saying was a mistake. The option 2 sounded perfect, I tried several times, but it was leading nowhere. This second option was clearly a bad joke from Facebook.
Knowing that it could not exist a reasonable link between having a virus in my computer and being denied to share content in my facebook profile, in my facebook page, and in other people's profile, I understood I was under attack.
First idea: to try facebook app on my smarphone. The message "your laptop has virus" was not shown, hopefully, it would be too ridiculous, but in the other hand yes, the censorship was still on. No way to share nothing with nobody, except plain text on my facebook wall.
Later I found out that I was also able to upload pictures into my profile and page. What? How comes, I'm supposed to have an infected computer, facebook knows that, and they let me do so? Ah, fucking nonsense! There I was sure about what was going on.
I share too many inconvenient facts on facebook and in this last week my page Pensamentos Nómadas had a boom on the number of followers. The combination of this 2 facts turned on some pre-programmed alarm on their algorithm. From that moment on I would be blackmailed and being forced to choose the lesser evil: interdiction of sharing content while my page is growing fast on followers or, let facebook rape hard my computer and spy my private data.
In a second moment I found out that, actually, many people are complaining in forums about the very same kind of blackmail from facebook. And more, those who surrendered and installed the Kaspersky-Facebook-anti-virus proposed by facebook, soon after understood that it is rather a spying virus! As I suspected! According with some of them, to install facebook anti-virus is a very bad idea, because once installed you can't find its location in your computer, making therefore impossible to uninstall it!
In case I was not yet convince that it was a scheme, I discovered that I was also not allowed to comment on facebook comment box in external websites! What, because I have a virus and I do not accept the kind offer from facebook that proposed to install for free an anti-virus on my laptop, I can not comment any article in any website that uses that facebook tool!?! What a fuck? Come on, that is not a very professional way to convince me to accept to be either spied or censored!
An now, I will share this article on Facebook... while I can!

(sorry for the bad English)